Rescued Dogs Are Angels In Disguise

Are you one of the 80% whose home is also home to a dog or cat? I am. I have had a dog in my life since I was in college and each one has been extra special. I am one of those pet owners who celebrates their pets birthdays. One who buys their pets and their friends’ pets gifts at Christmas. So it is no surprise that at the death of each dog, I took the loss hard. But when I lost two dogs within two weeks of each other one summer, the grief was overwhelming.

Our dog Fox was diagnosed with Mast Cell Tumors. The prognosis was not good but we went with the surgery and were among the lucky ones. He bounced right back and we had him for another three years. Then our luck ran out. He became very ill, very quickly and knowing it was best for him, we let him go. Anyone who has had to make that decision knows how hard it is. We still had his beautiful and loving litter mate and thought of getting another dog immediately to keep her company. Before we could do so, she became ill. She wouldn’t eat and she became lethargic. Even with all of our love and medical assistance from our vet, she died two weeks later. I believe she died of a broken heart and I was sure I was going to also.

There are two points of view about how soon after the loss of a pet before letting another one into your heart and home. Some people need to get another pet immediately. They say it helps with the grief. Others need to have some time alone, feeling it is disrespectful to their pet’s memory to replace the lost pet too soon.

I belong in the former group.

Within days of our second dog’s death, I found THE dog while searching the web. As soon as I saw her picture, I knew she was the one. She was a little ball of white fur. I called the adoption center and begged them to hold her for a couple of days until I could get there. We took to each other instantly and for the past year and a half she has been my constant companion. I’m not so sure who rescued whom.

As I mentioned, I am one of those crazy pet owners and everyone knew how much my dogs meant to me so when they learned that my pets had died, they did not know what to say or do.

When a friend or business associate looses a pet, the best thing to do is to acknowledge the loss. Offer the same kind words you would if it were the loss of a family member because, in a sense, it is. Your sympathy and support will be very much appreciated. If you are close to the person, sending a card and a gift is certainly appropriate. You can find sympathy cards specifically for the loss of a pet. I have sent flowers and gift baskets to acknowledge the loss. If there are other pets in the household, I’ve included something for them because I witnessed first hand how much pets grieve. Whether I am sending a card of a gift, I always include a copy of the poem, Rainbow Bridge.

You are the only one who will know when it is the right time to bring another pet into your life. When it’s time, unless you are working with a reputable breeder, please consider a rescue animal rather than an animal from a puppy mill. The last five dogs I have loved, have all been rescued dogs and they have all been angels.

Does Your New Pet Really Need a Pedigree? 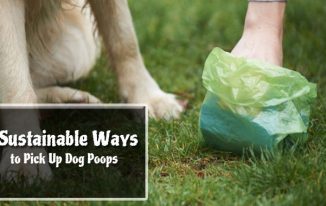 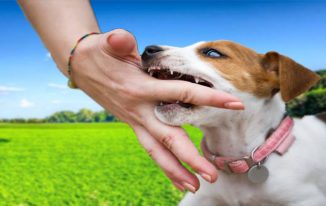